Inspirational Quotes From The Episode: 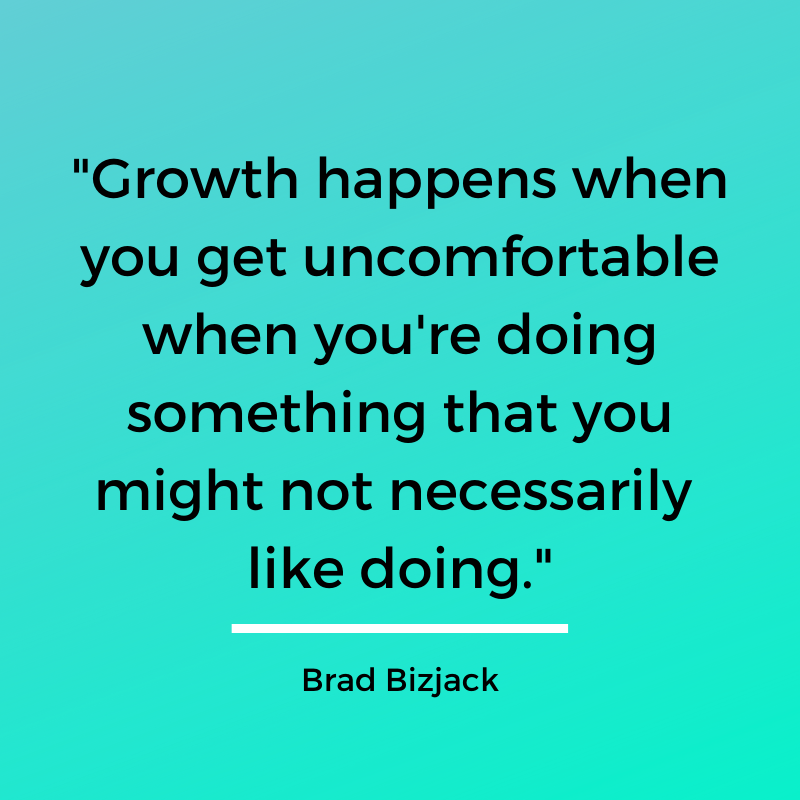 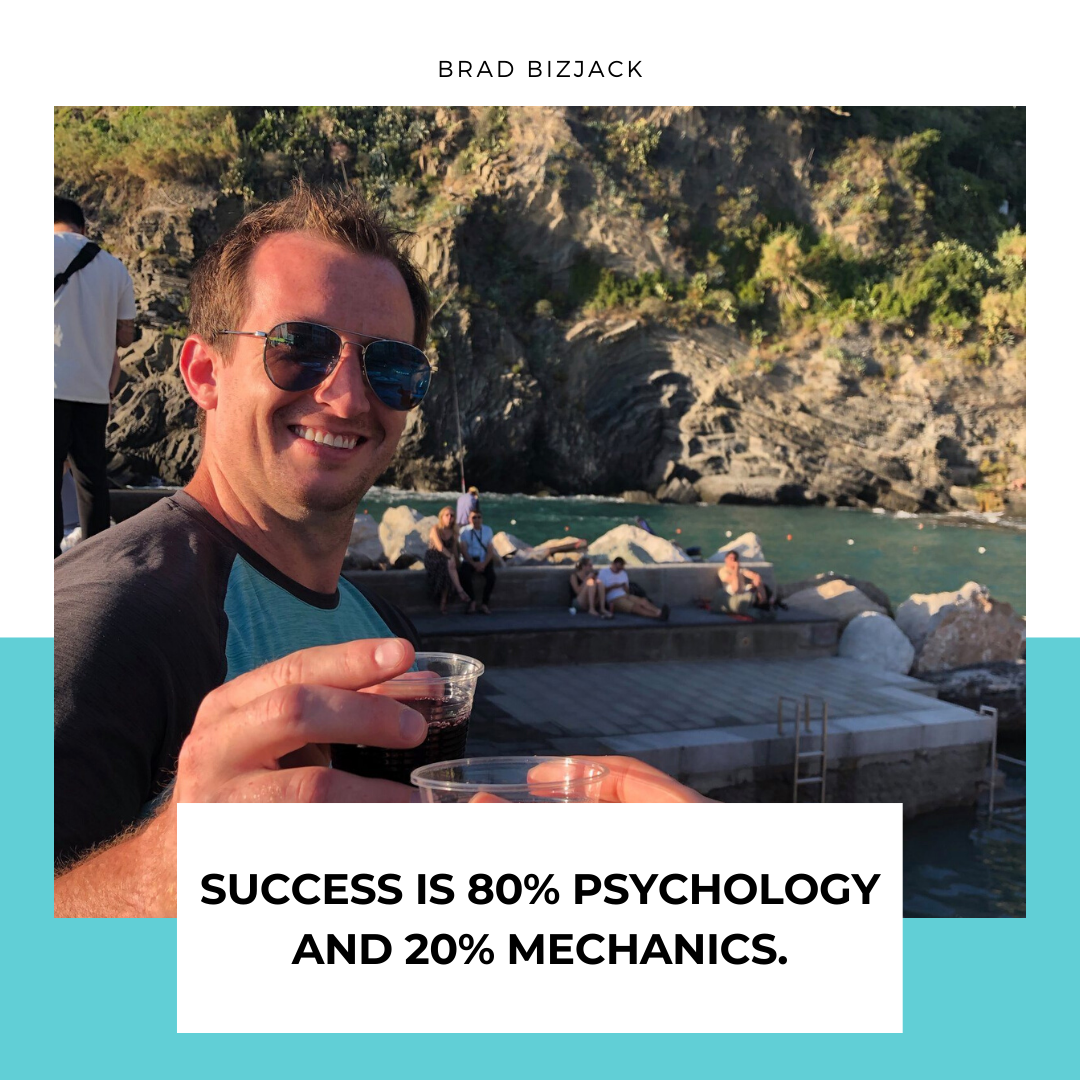 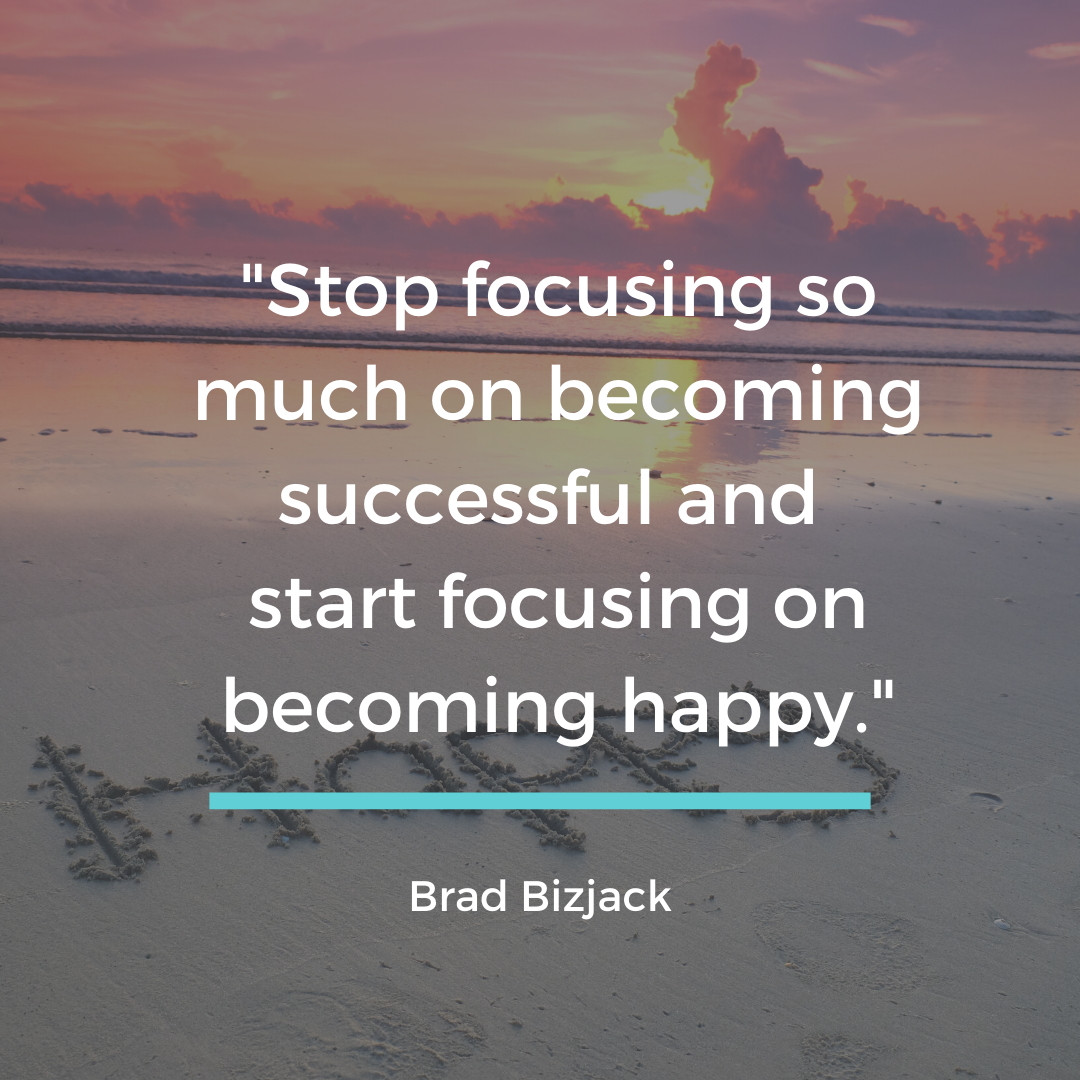 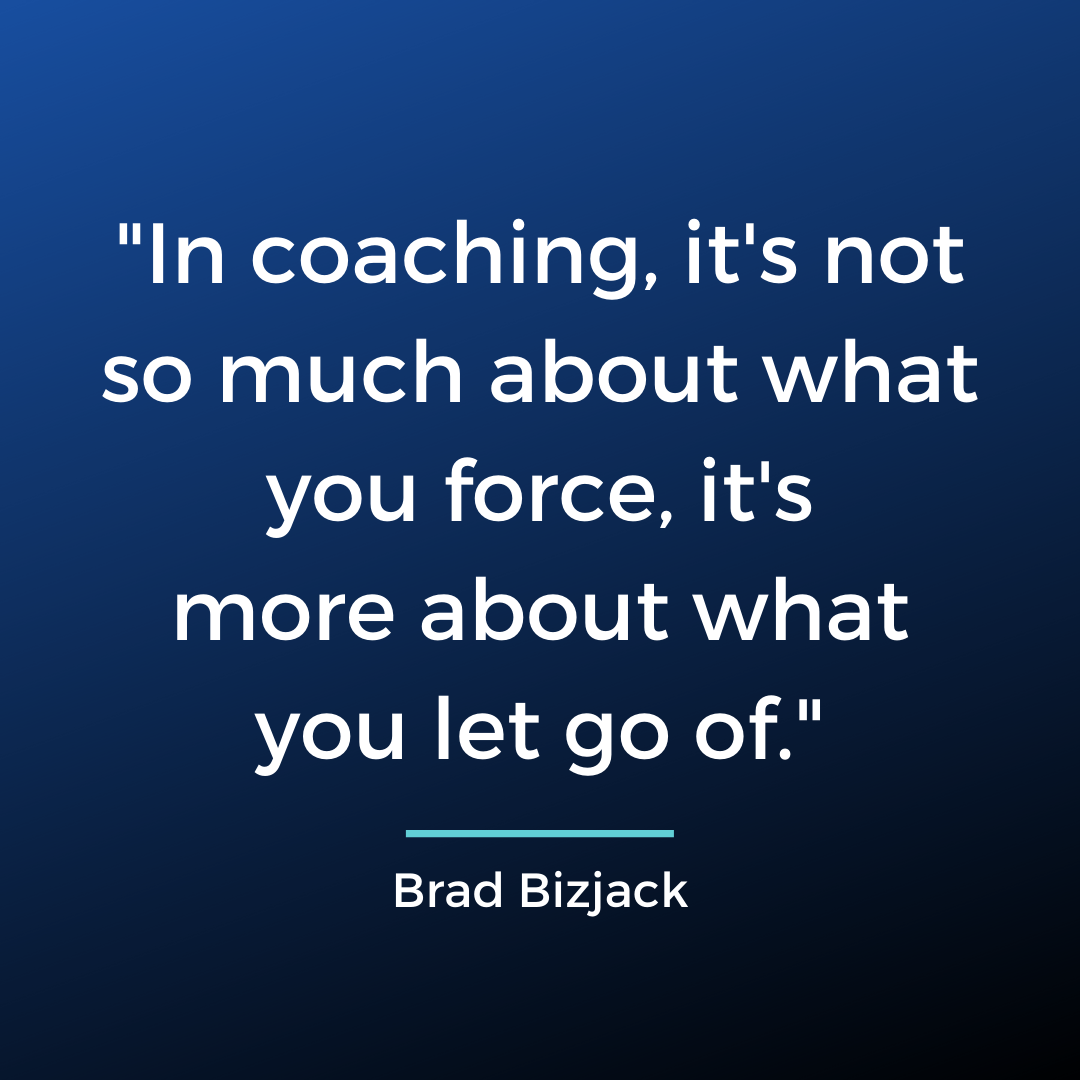 Welcome to The Path To Mindset Mastery! My name is Brad Bizjack! I’m a Mindset

Strategist and coach, inspirational speaker, and creator of Appreciation Academy and I

help online business owner’s breakthrough all the negative self-talk holding you back from your dreams so you can finally see the success you deserve!

I want to share a story with you…about a year ago I was on the phone with one of my one-on-one clients someone, giving them advice about their business.  I was giving advice about a blind spot that person might not be able to see. And it was instantly met with resistance, instantly met with, “No…I'm not going to listen to that!” And it's interesting that happened because that person eventually decided to break those walls down and listen and the business went into an entirely different direction and they ended up having success! But the problem is if that person would have continued to do those things, they would have found themselves in the exact same spot in their life.

I remember when I started working with coaches and mentors, I made the mistake of thinking that just because I hired a coach and a mentor that I would become successful. And that's not true…let's just say for example, you go on the journey of getting rid of all the mindset blocks.

-AND you're genuinely appreciating the journey of building your business!

So, you're on the right path because success is 80% psychology and 20% mechanics. So, you have the psychology part down, you just need some mechanics- a different way of doing things.

Let's say that you want to skyrocket your results. Let's say you want to get results way faster than you ever did before. The fastest way to go about that is to get a role model, a mentor, someone who has gone before you and done it and pay for that advice.

In fact, you will not find one person with an unbelievable amount of success that hasn't paid for coaching. You must find some way to get some sort of coaching, whether it's through me or through someone else at some point in your life.  If you want to take your life to the next level. And the reason for this is because that mentor, that guide can shrink a decade or more into a couple of days or one “Aha!” moment that can shrink years off your learning curve. They can make it so much faster, but the common mistake that people fall into is thinking that just because they hired a coach…just because they bought that course…just because they are going to that seminar…their life is going to change! They're going to be successful. They're going to have all the money...and it’s not true!

Just because you hire someone doesn't mean that you're going to be successful. There's one thing, one ingredient that will make or break (I have this on all of my applications for one-on-one coaching and group coaching). There's one thing that will make the difference on if you'll actually see results with a coach (or a course or anything) and that is called being coachable.

It is one of the most important pieces because that coach or course will challenge your beliefs.  AND when they do, do you start to put up resistance? You start to say… “No, no, no…that can’t be true!” A coach's job is to look at what you're doing and seeing where YOU might be getting in your own way.

If you are not willing to be coachable and follow the advice of someone who has done what you're trying to do, you will not be successful.

You're going to have a really hard time. You're going to pay all this money to get a coach and mentor and then you're not going to apply what they talk about and you're going to fall into a similar spot to where you were.

It is SO important that you are coachable! When you are in these relationships (it doesn't even need to be in a coaching relationship), like when you read books, when you listen to podcasts, listening to that advice will help you move forward in your life. BUT what do we do when we read through something?! We go “Hmmm…interesting!” and then we move on.

We don't actually apply it constantly!

In my business, I am always seeking out people that think I'm doing it wrong- always! I'm always trying to find a different opinion. I'm always trying to find someone that's going to challenge my existing beliefs. And here's the thing, you don't need to accept when someone challenges a belief. If someone says, “No, that's wrong.” I'm not saying that you necessarily need to take that advice as fact.

What I'm saying is that you need to be coachable in the sense of “Okay, if I were to apply that…How would my life be different?! How would it change?!” Because a coach has the beautiful ability to call out “blind spots”.  We need someone to see it from a different perspective, a way that we're not seeing it.

Let me give you an example (that changed my whole life!)

When I took a leap of faith and invested in my personal growth and got a mentor, I maxed out my last credit card to hire her. I remember when I did it, I was talking to her about how I was so stressed out because I'm reading the books, I'm doing the podcasts, I'm doing all this stuff, but I'm so frustrated that my life and my business aren’t where I want them to be.

That's one of the biggest things that makes you successful. And so I remember thinking, if I'm going to accept this advice, that means completely changing my methodologies about everything. And I don't know about you, but the devil you DO know is way less intimidating than the devil you DON’T know. Which is why when someone gives you advice to change, you instantly put your guard up and you don't like the advice!

It’s almost like a dig to your ego. Well, guess what your ego's job is to do?! It's to keep you safe!

You don't enter a coaching relationship to feel safe.

You go to therapy to feel safe!

It seems like it's going to be insanely hard to do it, but a lot of times we're going about it from the perspective of our current mindset, not the mindset of this adopted methodology. And if you would try on what your coach or your mentor says (just give it a shot!) it might be something you can achieve in the next week or month!

If you want your life to change, you MUST be coachable! Lack of coachability will keep you stuck in the same spot because you're going to be doing things the same way that you’ve always been doing them.  that you've been doing them.

So, I want you to ask yourself…Is where you are now, where you want to end up?

Do you want to end up six months from now in the exact same spot that you are now?! If you want that to change, you have to get a mentor, someone that's going to teach you how to think differently. And then once you have that thing actually apply it!

When's the last time you sat down and did the exercise?!

Alright, thank you SO much for tuning in! Be coachable, my friend, it will change everything!!

If you haven’t heard, I'm doing a $50 gift card raffle each month.

I hope you can take part in that. I'm just trying to spread the word to more people.

Thank you so much for tuning into the Path to Mindset Mastery today! My name is Brad Bizjack!

Live your life with a genuine smile on your face (and when you're willing to be coachable, it's really easy to do that!)

I'll see you next week. 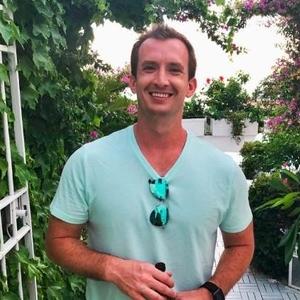 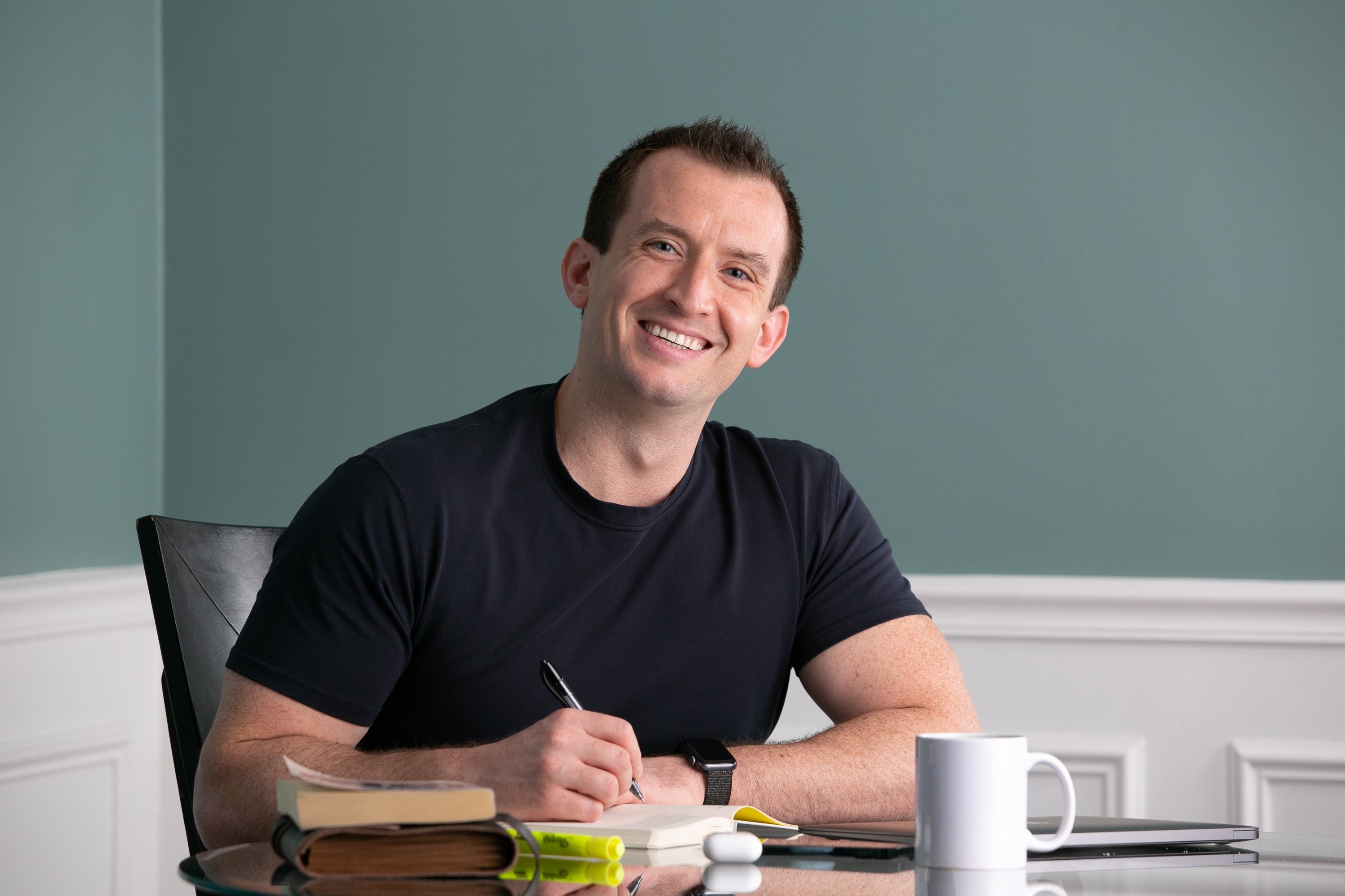 Discover How to Maximize Your Life & Elevate Your Mindset, Relationships & Career to The Next Level & Beyond! 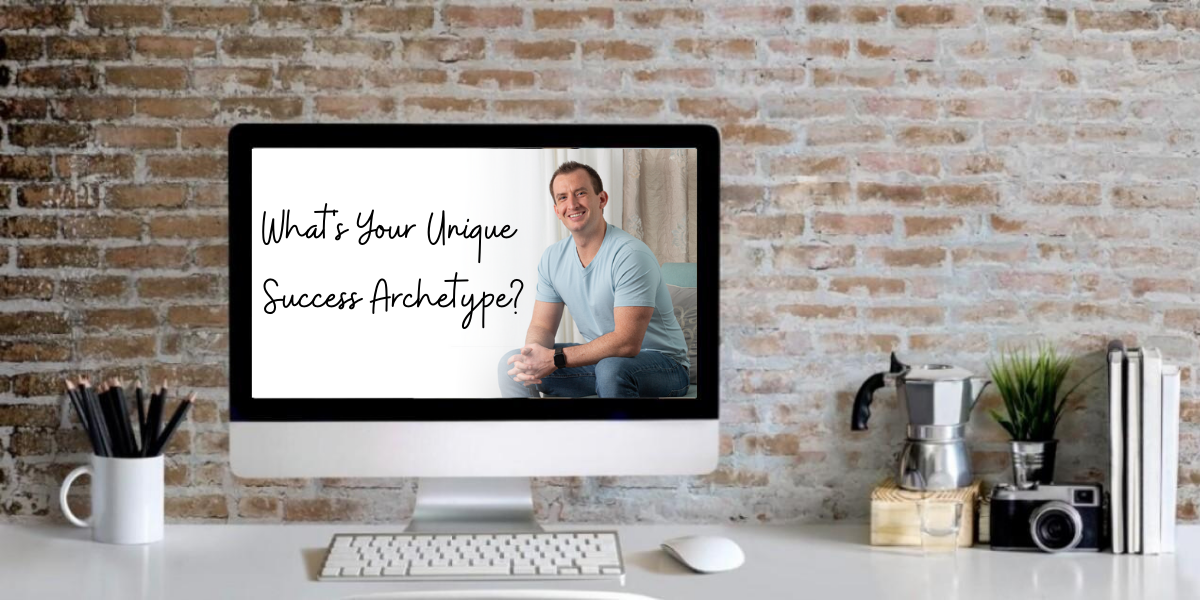 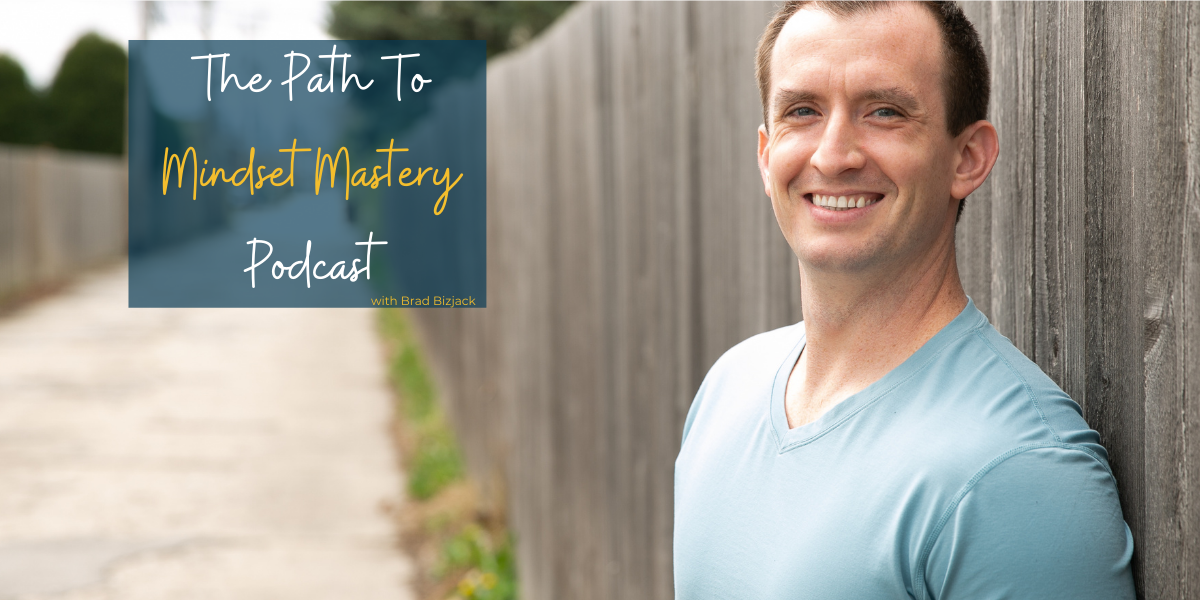